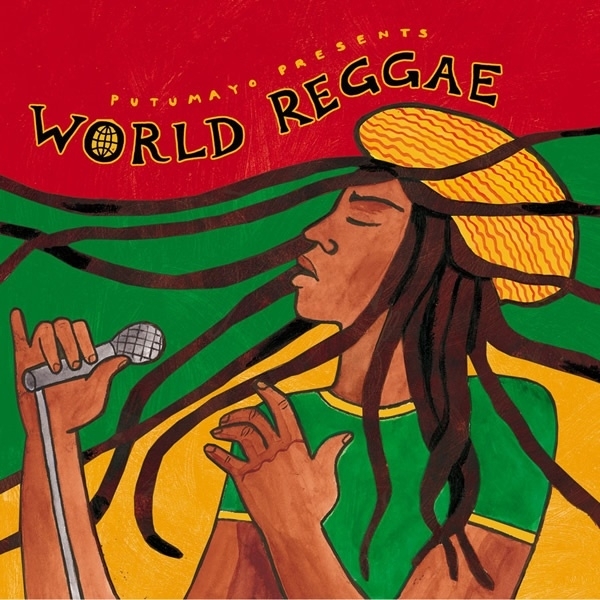 Experience the irresistible rhythms of reggae on this global musical journey from the Caribbean to Africa and beyond.

Putumayo World Music presents World Reggae, a collection of reggae-influenced tracks performed by artists from around the world. The tracks on World Reggae blend the upbeat and soulful groove of reggae with local influences to create new variations that will appeal to music lovers everywhere.

If music is the universal language, then reggae is its most widely spoken dialect. The irresistible offbeat shuffle and bouncing bass lines have earned fans around the globe, and there is practically no corner on Earth that has not been influenced by this Jamaican music style. Reggae’s syncopated beat fits well with most other musical styles and countless artists around the world have incorporated it into their music. While reggae has an engaging beat you can dance to, the music alone is not the sole reason for its worldwide popularity. Reggae has also long been a tool for social and political discourse.

Jimmy Cliff was the one of the first reggae artists to achieve worldwide renown. The successful 1972 film "The Harder They Come" starred Jimmy Cliff and featured his music along with that of other early reggae stars such as Toots and the Maytals and Desmond Dekker. A few years later, when Bob Marley began touring internationally, reggae’s popularity exploded around the world. Indeed, Marley is practically a saint in many quarters of the globe, revered as more than just a gifted musician, but as a messenger of hope and revolution. By the late 1970s, local reggae scenes were going in strong in Brazil, Africa, the Pacific Ocean and elsewhere.

World Reggae features reggae from African artists Majek Fashek (Nigeria), Kaïssa (Cameroon) as well as artists from Europe including the French reggae band Kana. Brazil’s thriving reggae scene is represented by Alê Muniz, who fuses traditional music from the Brazilian northeast with a reggae swing. There’s even reggae from India by Apache Indian proving the worldwide reach of reggae.

World Reggae features some of Putumayo’s favorite songs which illustrate the powerful impact of reggae on the world’s music.