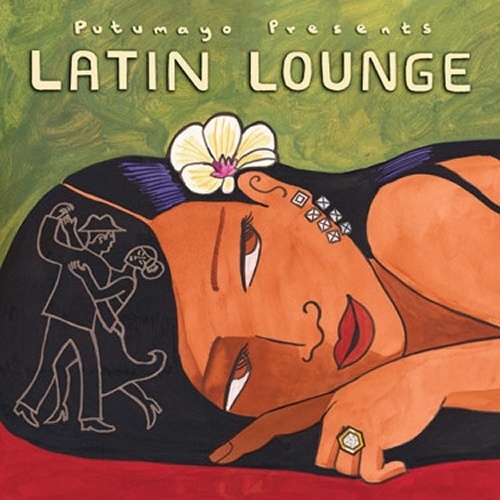 Tango, cumbia and son meet electronica in this contemporary collection of chill-out grooves.

A remarkable revolution is taking place in Latin music these days, as electronica and remixing meet the more traditional rhythms of Argentinean tango, Afro-Cuban son, Brazilian bossa novaand Colombian cumbia. On Latin Lounge, artists such as Sidestepper, Si*Sé, Charanga Cakewalk and others prove that there can be a magical blend of modern musical trends and traditional Latin styles.

Exclusive to Latin Lounge is a previously unreleased remix of Si*Sé’s “Mariposa (en Havana).” Says lead singer and co-founder Carol C., “We’re a band from New York City and we try to combine all of its musical traditions including hip-hop beats, Latin rhythms and down-tempo electronic music because that’s what we hear every day of our lives.”

While Latin Lounge features several internationally known artists, it also highlights discoveries such as Bebe, a singer-songwriter whose recent collaboration with electronica DJ Carl Jean has made her a star in her native Spain. Another rising star is the Spanish band Amparanoia, a leading band in the mestizo (mixed) movement, so-called for its boundary-crossing blend of flamenco, Afro-Cuban music, hip-hop, electronica and other influences.

Roberto Poveda, a Cuban musician and composer based in Miami is a new voice whose subtle updating of traditional son is heard by a wide audience for the first time on Latin Lounge. From Argentina come Andrés Linetsky and Federico Aubele who, along with Italian duo Alacrán, are each taking the tango-electronica fusions pioneered by Gotan Project in exciting new directions.

Two Europe-based Brazilian artists who make an appearance on the collection are Luiz de Aquino, who comes from São Paulo by way of Paris, and the eclectic Wagner Pa & Brazuca Matraca. A Rio de Janeiro native who has lived in Barcelona for more than twenty years, Pa mingles his own polyglot influences with the help of Spanish, Argentinean and Venezuelan musicians.

Rounding out the surprises on Latin Lounge are the updated cumbia and mambo flavors of the Austin, Texas group Charanga Cakewalk, and a refreshingly unexpected track in which Mexican singer Adriana Castelazo joins with alternative healing guru Deepak Chopra to give a seductive Latin remix flavor to lyrics based on ancient Indian love poems.