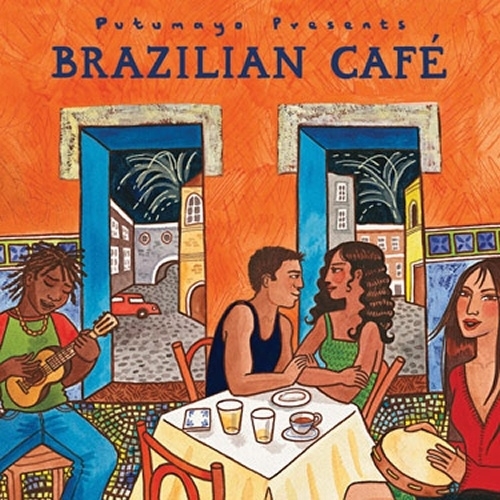 Putumayo's Brazilian Café is an enchanting addition to its Café series. Brazilian Café brings together a captivating selection of samba, bossa nova and jazz by Brazilian stars and up-and-coming talents. In the early 1960s, legendary Brazilian composers Antônio Carlos Jobim and Vinicius de Moraes hung out in an Ipanema beachside café where they would often see a beautiful neighborhood girl, Helô Pinheiro, walk by. She became the inspiration for one of the most popular songs of all time, “Girl From Ipanema.” The global bossa nova boom can be traced to that moment of musical inspiration at a Brazilian café and most of the artists on this CD drew inspiration from Jobim, de Moraes and other songwriters who followed.