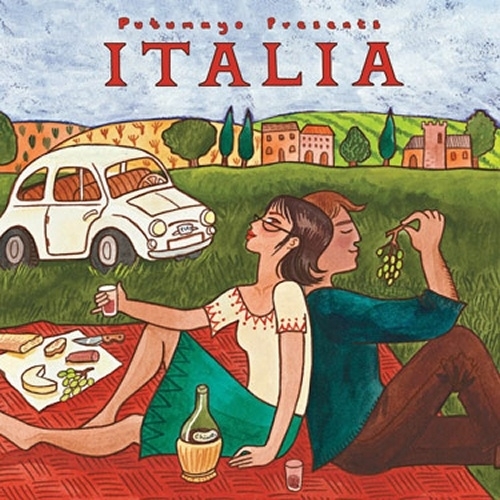 The popular group Bandabardò draws its influences from European folk, rock and pop music. Film score composer Rocco De Rosa blends Italian folk music with diverse influences from the immigrant communities in today’s Italy. Lu Colombo had two disco hits in the 1980s, but in recent years, she has joined forces with jazz guitarist Maurizio Geri to record timeless songs that would more likely be heard in cafés rather than on dance floors.

Many contemporary Italian artists are making a conscious effort to pay tribute to the classic Italian popular music of the 1950s, an era often referred to as “La Dolce Vita” (the sweet life) after Federico Fellini’s 1960 film of the same name.  During those years, American jazz was blended with Italian ballads and folk music to create carefree, romantic songs.  Marco Calliari is a guitarist and singer of Italian heritage who was raised in Quebec and turned away from the heavy metal music he performed in his youth to focus on classic 1950s Italian songs such as “L’Americano”.

Along with detailed artist biographies in English, Spanish and Italian, the Italia booklet also features a recipe by the renowned Italian chef Fortunato Nicotra.