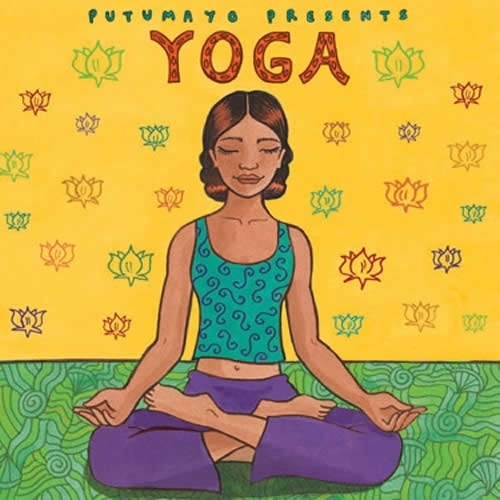 A soothing collection of songs for yoga, meditation and relaxation

Yoga is Putumayo’s first CD release featuring songs selected to accompany yoga practice and serve as a relaxing soundtrack for daily life. Rooted in ancient Hindu, Buddhist and Jain traditions, the practice of yoga has evolved over the past 5,000 years. Adopted by millions of people around the world, yoga provides a vehicle for greater health and spiritual awareness. Music has long had a close relationship with yoga, particularly in the Bhakti tradition, which incorporates musical chants into its practice.

With his extensive background as a yoga instructor and musician, Sean Johnson, founder of Wild Lotus Yoga studio in New Orleans, collaborated closely with Putumayo on this project. Combining songs used in his classes with Putumayo’s global research, Yoga creates a musical flow that works as well during yoga practice as at home for meditation or relaxation. Sean’s expansive liner notes, which include a glossary of yoga terms, will help people better understand the practice of yoga and its relationship to music.