Putumayo Women of the World Acoustic 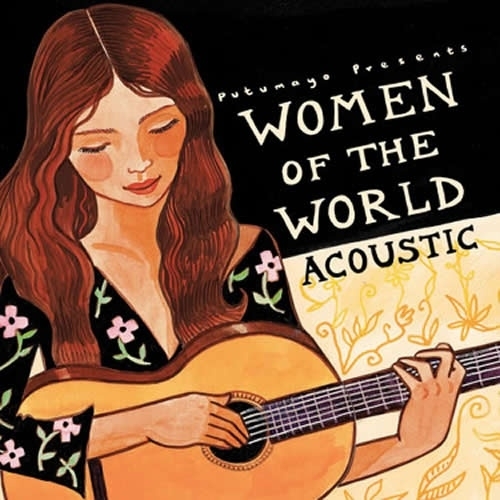 An exploration of contemporary acoustic music by some of the world's leading female artists.

On March 8,women all over the world celebrate International Women’s Day. A national holiday in many countries and commemorated by the United Nations, International Women's Day is the story of ordinary women as makers of history. Though often divided by national boundaries and by ethnic, linguistic, cultural, economic and political differences, this day allows women everywhere to look back on a tradition of struggle for equality, justice, peace and development. As a tribute to this tradition, Putumayo World Music presents an album that literally sings its praises. Women of the World: Acoustic is an exploration of acoustic music by some of the world’s leading female artists.

A portion of Putumayo's proceeds from the sale of this album will be donated to the Global Fund for Women in support of their efforts to promote and defend the human rights of women and girls around the world.