Putumayo Bossa Nova Around the World 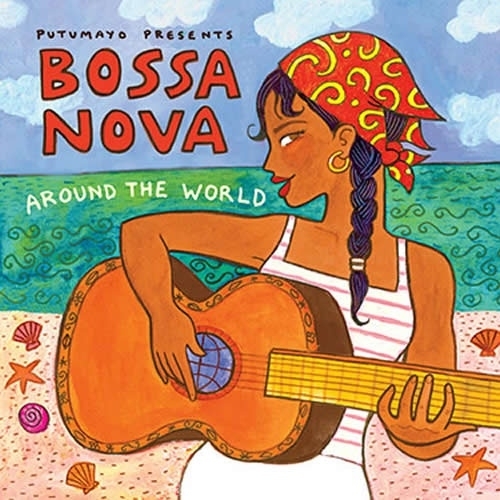 From Rio to Paris and beyond, a global spin on this popular musical style.

Originating among a small collective of musical visionaries in the late 1950s, bossa nova helped bring the sounds of Brazil to the world. The recent success of artists such as Bebel Gilberto and the popularity of the bossa sound in the lounge and electronica music scenes demonstrate its continued appeal to contemporary musicians and audiences.

Bossa Nova Around the World album curator and Putumayo founder Dan Storper comments, “As I’ve traveled the world, it’s been fascinating to see how certain musical genres like Brazilian bossa nova have been embraced globally, and, like reggae, seem to blend effortlessly with other rhythms, melodies and languages.” These 12 artists from South America, North America, Asia, Africa and Europe have creatively adapted this mellifluous musical style into their repertoires.