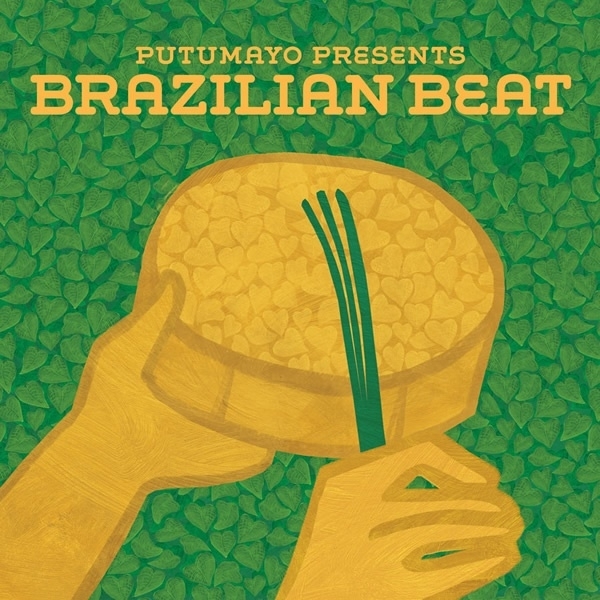 Selected from tens of thousands of songs collected by the pioneering label created to introduce new global music to broad audiences, Brazilian Beat chronicles the vibrant indie scene in Brazil and around the world. Musicians are taking samba, bossa nova, and MPB (Brazilian popular music) and deftly incorporating electronica, soul, funk, and just about every other music imaginable.

Sultry or upbeat, the tracks on this compilation of hip, rootsy artists aim to raise listeners’ moods and introduce even die-hard fans to a new crop of Brazilian music innovators. Featured alongside unsung icons such as samba soul master Marcos Valle are rising new stars like Tita Lima, daughter of the bassist from psychedelic hipster darlings Os Mutantes.

Brazilian music has bubbled into an indie scene-to-beat-all-indie scenes in underground clubs and on small labels from São Paulo to Rome. “You can go to Italy and find a hot bossa nova scene, and they have their own sound,” like Roman bossa band BungaLove’s “Minha Loucura,” explains Jacob Edgar, longtime head of A&R for Putumayo and passionate follower of the Brazilian music scene. “These retro sounds end up back in Brazil and shake things up.”

A diverse array of young musicians, such as Fino Colectivo, draw on Jorge Ben’s lush ’70s samba-soul sound—and transform it. It’s a realm of discovery, even for ardent followers of global music. “One of the exciting things we at Putumayo do is introduce artists to people who don’t know them,” says Dan Storper, head of Putumayo and avid musical traveler and collector. “It has to be upbeat and melodic, and it has to move us.”

“We’re probably the most voracious music listeners on the planet,” Edgar exclaims, “and we have an elaborate process of cataloguing the tens of thousands of tracks we hear. As we’re listening and traveling, we just keep hearing great music that seems to work together.”

“You can really hear the intersection between past and present in the music of Brazilian artists,” Storper reflects. “We didn’t make an effort to seek it out; this is what musicians are doing. They respect their traditional music but are adding new flavors with real passion.”