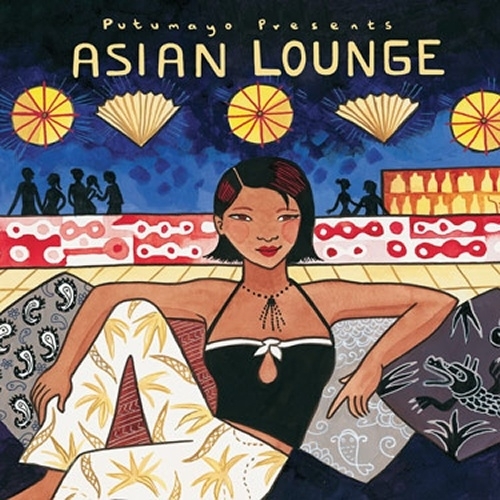 There has long been a cultural exchange between the East and the West. Marco Polo and the Silk and Spice trading routes began the process that, over time, has led to the creation of new musical styles. Putumayo presents examples of this ongoing musical interaction with the release of Asian Lounge. Travel from London to Bombay, Bali to Tokyo with this compilation of innovative Asian fusions, the sixth in Putumayo’s successful Lounge series.

More than half the tracks on Asian Lounge have never been released in North America, paving a path for those who like to stay connected with ever-evolving music scenes. Japanese stars, theYoshida Brothers kick off the collection with “Fukaki Umi No Kanata” (Beyond the Deep Sea). The brothers have achieved fame in Japan by reviving the popularity of the tsugaru-shamisen, the 16th century instrument they’ve mastered and incorporated into their modern sound.

A revival of another kind brings us Nitin Sawhney’s “Koyal” (Songbird), a song he composed for the soundtrack of a recently restored silent Indian film. Sawhney is perhaps the best-known musician featured on Asian Lounge. As an artist of Indian heritage currently living in the UK, Sawhney’s eclectic musical offerings incorporate everything from drum and bass to classical Indian music, making him a leading figure in Britain’s “Asian Underground”.

Also pulling from the rich heritage of Indian music is the German artist Prem Joshua, whose “Funky Guru” blends Sufi chants, Sanskrit poetry and Indian folk music with Western electronica. Joshua has become a music star in India and frequently records with noted Indian musicianManish Vyas. Their successful collaborations include “Water Down the Ganges,” the 11-minute opus.

Audiences around the world will also delight to hear “Eastern Journey,” a track from producer and multi-instrumentalist Biddu, whose extensive career includes co-writing credits on the 70s funk-disco super hit “Kung Fu Fighting”. A recurring figure in both the Indian and UK music scenes, Biddu has continued to remain in tune with popular culture.

Another familiar face on Asian Lounge is that of famed health and wellness guru Deepak Chopra. His “Oceans of Ecstasy” is an ambient dreamscape of sensual grooves, passion-soaked vocals, undulating chants and intoxicating rhythms. Other featured artists include Bali Lounge,Ancient Future, Nataraj XT, XCultures and Blue Asia, whose song “Campuhan” embodies the essence of this Asian Lounge collection. Meaning “two rivers meet” in Balinese,“Campuhan” merges the ancient and modern worlds by mixing Indonesian gamelan with ambient effects and spoken word. More artist information and a recipe for an Asian cocktail are included in the tri-lingual liner notes in English, Spanish and French.

A portion of the proceeds from the sale of this album will be donated to Oxfam America andOxfam Novib in support of their development efforts in Asia.